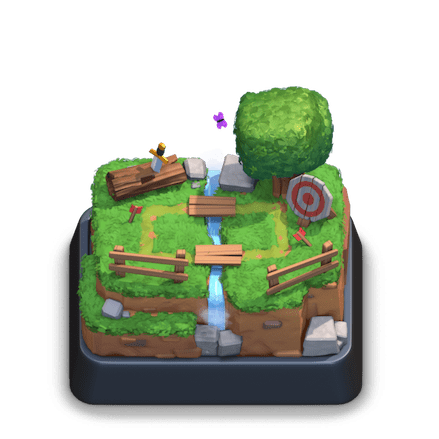 For casual players, no thinking required!

Clash Royale looks like a simple game, but it can be complicated. There’s more than 90 cards, each one is unique and if you want to be a pro, you need to learn a LOT of stuff.

Example of a good defense turned into a counter attack with X-Bow.

But if you just want to have fun, to play and not to think about it, you can still get better by following these 5 easy tips:

#1 DO NOT leak elixir

Elixir is generated at the same rate for you and your opponent. If you wait on full elixir while he plays units, you’re wasting elixir and giving him a big advantage.

You win the match by destroying the towers. You do that with units. And units cost elixir. More elixir = more units = higher chance of winning!

So, when is the right time to play units? If you need to defend, play them right away! If not, drop them just as the elixir hits 9. This way, no elixir is wasted.

At the start of the match, only the two princess towers shoot at your units. The king is just watching. But if you attack him, you’ll make him angry and he’ll shoot your units too!

The second Barrel does less damage than the first one, because it's defended by the king.

There’s no advantage to activating him, only disadvantages. On top of that, you’d need 20 Fireballs to destroy the king completely, so there’s no point in doing that.

So aim carefully with your spells. And while we’re at it, you need to learn to use the spells well. Don’t just fireball a lone tower, wait for the opponent to play something and fireball that too!

Casting a spell on a tower alone is usually not a good idea.

It is much better if you can also hit a unit walking by.

Why it's not a good idea to cast a spell on a tower alone? 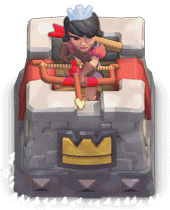 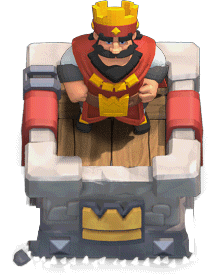 If you drop a single unit at the bridge, you won’t have enough elixir to support your attack. And with the help of the enemy towers, the opponent’s usually able to defend it easily.

It's very easy to defend a single unit dropped at the bridge. Don't ever play a single ranged unit like that.

Better players won't have trouble defending even multiple units. In this example, the Musk has been used to push the opposite lane.

Wait for full elixir. Play units in the back, prepare your attack.

If you're playing a tank deck (Giant, Golem, Lava Hound), build your push slowly from the back. This way you'll be unstoppable.

You can drop units at the bridge – bridgespam – as a counter attack from a successful defense.

Yes, you can surprise your opponent by rushing with a deadly combo on the bridge. But you’re relying on luck, one time it works, the second time it doesn’t. If you want to win more often, it is better to not rely on luck and play safe.

The opponent was lucky. You played Inferno Tower at the same time as his Horde. And you didn't have a good spell in hand. Also, you lagged a little with the Ice Golem. He took your tower.

Not so lucky this time! You had a cheaper defensive tower and also Arrows in hand. The opponent spent 9 (Hog + Horde) and you defended for 7 (Tesla + Arrows), that means +2 elixir for you. The risk didn't pay off.

If you want to get better, you can’t rely on luck, you need to play more patiently and more safely. This way you may not win as fast, but you’re less likely to lose.

More than 40% of Deck Shop visitors on PC are blocking ads.

#4 Defend on your side of the arena

Towers are your best defenders. They shoot fast, they do a lot of damage, they have a big range and they’re always there, ready to defend.

Trying to attack units on the opponent's side is almost always a bad idea. You don't have the help of your towers and his towers help him.

Much better way of dealing with the Exe. Prepare your defending unit in the back and distract him at the bridge. Clean defense.

With the help of the towers, you can defend enemy units more easily and gain advantage.

Great trick and a way to get +4 elixir advantage. Defending Horde (5) with Skeletons (1) with minimal damage to your towers.

Similar defense of a ground unit with the Ice golem. This gave you +2 elixir advantage.

When your king is activated, it’s even better. Especially against Goblin Barrel, Graveyard or Miner.

Using Graveyard with a tank can be fatal, even when the opponent used Zap to counter the accumulated skeletons. Tower down.

When the king is activated, it completely changes the outcome. The tower survived and the defender gained +5 elixir advantage.

#5 Don’t overcommit on defense, space out your troops

Spells are very important part of this game. They are mainly used on offense. When the opponent attacks you and you put all your units close to each other, he will take them out with a single spell.

Defending Hog with too many units. It didn't get a hit on the tower, but it cost you 7 elixir.

Same situation defended with just the GobGang. For the price of one Hog hit, you gained +3 elixir advantage.

Try to defend with the minimum of units possible.

When you see Giant Skeleton, every unit you put in the same lane is basically dead.

The Witch alone is enough to deal with it, and it's a +1 elixir trade.

And when you defend, make sure to space your troops far from each other, so they can’t be killed by a single spell.

Playing the Wizard close to the Inferno Tower was a mistake that cost you the tower. He even died faster because of the Zap.

Although this defense was not perfect, you were able to prevent most of the damage by spacing the Wizard out of the Poison range.

BMing means spamming emotes and laughing at your opponent. (Short for Bad Manners.) If you laugh at someone in real life, you’re a mean person. The same is true in Clash Royale.

If you spam emotes, then you can’t concentrate on your playing. So you’ll be worse. And even if you win, you may be a better player, but you’re a worse person.

Clash Royale is fun, you can play a good game even if you lose. Learn to appreciate when your opponent does something well.

And if you’re playing against an overleveled BMer with Royal Giant + eBarbs on level 13, there’s always the mute button. Mute the emotes and then DESTROY! And then say Good Game, Well Played! 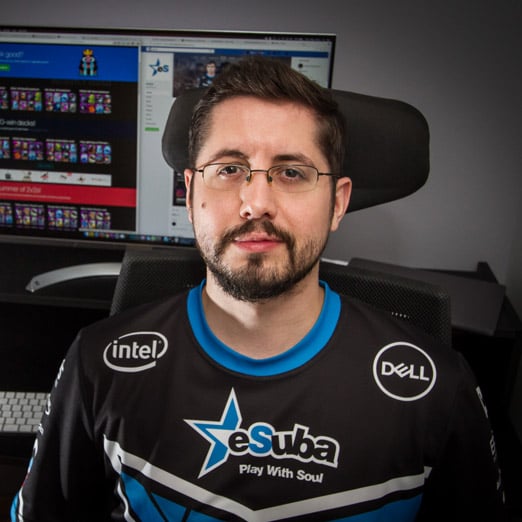 Did this guide help you?

Let me know how many trophies you've gained at @deckshoppro. (I mean it!) 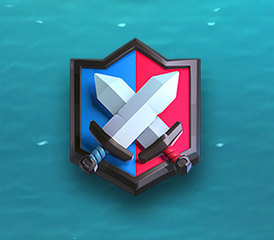 All you need to know about Clan Wars! 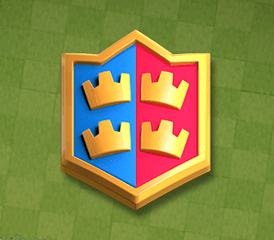 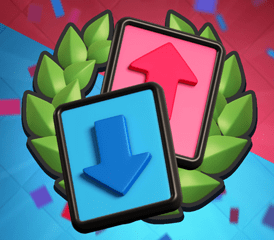 Draft challenges are not only about luck but also about the right choices. 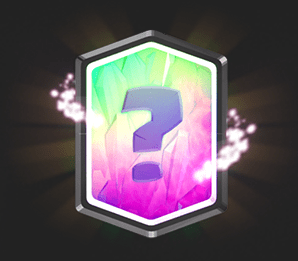 Ever wondered what is the chance of getting a Legendary card out of a chest?